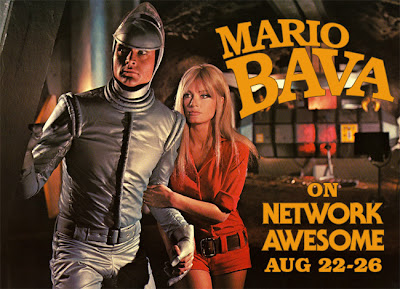 Hey everyone. Andrea Perez, over at Awesome Network, was nice enough to let me know about a neat little event that they have going on.

It's Mario Bava week all this week, featuring some of his greatest work like Danger: Diabolik!, Kill, Baby Kill, The Whip and the Body, Hercules in the Haunted World, and Planet Vampires.

They're also showing some other interesting stuff like a documentary on The Swinging Lust World of John Philip Law, The Many Faces of Christopher Lee, and Mario Bava, Master of the Macabre... and tons more.


Looks like a Bava-riffic week, so head on over to Network Awesome for the awesome goods.