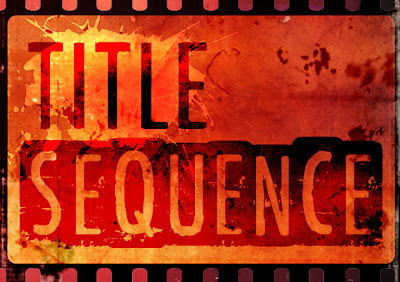 Posted by Jay Shatzer at 7:02 PM No comments: Links to this post 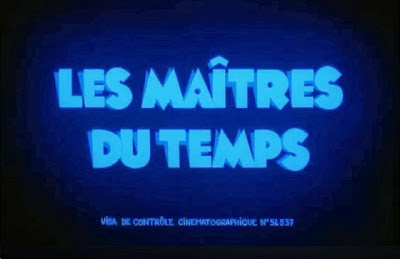 Time Masters, AKA Les maitres du temps, is a fantastically strange and obscure French animated Sci-Fi movie which is brimming with mystery and intrigue. Immersed in a fictional futuristic world, this space opus is among the most unique and bizarre of its kind. With original designs by the acclaimed illustrator Jean Giraud, otherwise known as Moebius, and an ability to present a world void of restrictions on the imagination, Time Masters is without a doubt a science fiction feature that will take you to worlds unimaginable. Not only that, but it is wrapped tightly around a story that is anything but orthodox.

The film follows a lost boy named Piel, who has recently been orphaned on the savage planet of Perdide. Having survived an attack by the planet's carnivorous creatures, which brings about the death of his father, Piel makes contact via radio with a man named Jaffar, an adventurer who is traveling the cosmos with his motley crew. Separated by great distances, Jaffar and his crew must divert from their current mission in order to come to Piel's aid, but will they get there in enough time. 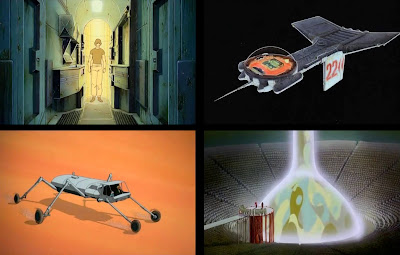 What a wild film Time Masters is! First of all, the cast of characters are extremely diverse and equally strange, ranging from space pirates, a conniving and feminine prince, a pair of telepathic little creatures, a jovial old space explorer, and a heroic space adventurer. There is nothing typical about any of these characters, and each one feels fresh and unique to this original science fiction landscape that collaborators Rene Laloux, Stefan Wul, and Jean Giraud have created. Based off of Wul's novel L'Orphelin de Perdide, the film delves deep into some of the most unusual aspects of the novel, but still manages to add a few daring alternatives to the already compelling points of the original story.

Immersed in a wild universe that is anything but typical, the film relies heavily on outlandish moments and otherworldly creatures to dazzle your mind. Throughout the feature, we are witness to giant vicious bugs, faceless angel-like beings, weird quadrupedal creatures, and just about every strange thing in the book. The world's that the filmmakers have brought to life are effective in their presentation and often unsettling in their unfamiliar nature. Danger looms around every corner, appearances deceive, and most of all there is a heavy dose of wonder etched in every frame of this film. 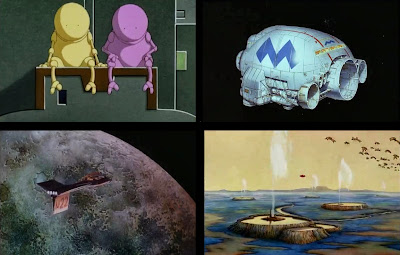 Visually the film is expertly crafted thanks to the original designs by the legendary Moebius. Everything in the world is just so peculiar in presentation that it does wonders for making you believe in the validity of the unnatural realms on display. In an imaginatively slow build up we are introduced to the characters, landscapes, and creatures of this cinemascape, and each of these instances is pure Moebius. Like something out of his Arzach or The Incal graphic novels, the vivid intricacies of his designs and the cohesive nature in which they all flow together in believable juncture, give a great lived in feel to the texture of the world.

As for the story, it is a simple yarn, yet one that gets extremely twisted and bold as the narrative weaves its way forward. Nothing is as it seems in this film, and by the end of this unusual journey you will be left with a strange sense of awe and respect for the genuinely unique vision that all of the artists involved have been able to accomplish. Astoundingly against the grain and rather bold and daring in its presentation, Time Masters is one animated feature that opens our eyes to a greater vision, one filled with wonderful sights and dangerous adventures. 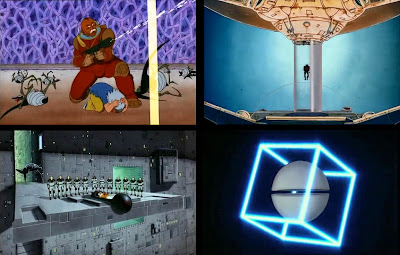 Time Masters is a unique interpretation of French writer Stefan Wul's 'The Orphan Perdide'. Taking the same tone as the book and expanding upon it, the animated feature opens up the possibilities of this thriving world, allowing for us to explore its unusual offerings and diverse vistas. The characters within this story are surprisingly complex and are often faced with rather extraordinary situations, which tap on a handful of moral issues and philosophical quandaries.

In general the real asset of this production is the collaboration of all its aspects and the way they gel so nicely together. The creatures, the various planets, the overall atmosphere of the production, they all combine to make for a compelling watch. Added on top of that is a story that traverses on subjects and situations that most likely have never, or will never, be explored again within the medium. End it all with a twist that is both emotionally disheartening and wholly unexpected, and you've got yourself one hell of a good animated science fiction feature. If you're a fan of Moebius' distinct style or a sucker for animated science fiction, then you owe it to yourself to track this one down. It's a real winner! Time Masters is.....

Posted by Jay Shatzer at 8:39 PM 3 comments: Links to this post 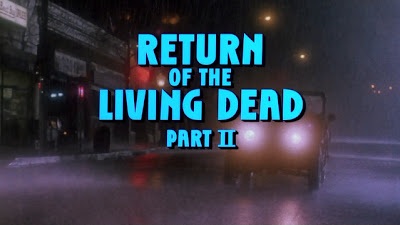 The film begins as a group of kids find a lost barrel in a sewer drain, containing the remains of zombified corpse. Mistakenly one of them opens up the canister, releasing a toxic gas named 2-4-5 Trioxen that begins reanimating the dead. Quickly the town starts to be overrun by hordes of flesh-eating ghouls and it's up to a rag tag group of survivors to find a way out of the city or become the main course for an all you can eat zombie buffet.

What's always fun about these types of films is that there is never really a main character to speak of within the movie, but more of an ensemble group that the story focuses on. In the case of this film, it's a motley group of people consisting of a pair of gravediggers, a few kids, a cable repairman, and a crotchety old man. This unique assortment of characters needs an equally unique cast of actors and the film establishes this with great aplomb. Running through most of the cast, Michael Kenworthy plays the role of Jesse Wilson one of the kids who first finds the canister, while Marsha Dietlein takes on the role of Jesse's older sister Lucy Wilson. They are both exceptionally good in their roles with Kenworthy playing the wisecracking little brother to 80's perfection and Dietlein looking as cute as a button as the smartass and sassy sister. Jason Hogan takes on the role of Johnny the cable repairman, who also becomes a love interest for Dietlein's Lucy character, while Philip Bruns plays the role of Doc Mandel the elderly and clueless neighborhood weirdo. Hogan is cool as the teenage zombie killer while Bruns performance as the neurotic old Doc Mandel is especially entertaining.

Of course I've left the best for last and that would be James Karen as Ed and Thom Mathews as Joey, not to mention the third wheel of this special group Suzanne Snyder as Brenda. Karen and Mathews are essentially reprising their roles from the first film, with the student mentor relationship in full swing. This time instead of the two working at a medical supply warehouse they are putting in late night hours as gravediggers. I can't say that their performance is as memorable and classic as it was in the original, but they do give it their all and the moments they are together on screen are just comedic gold. All in all, this cast is extraordinarily great and the chemistry between the group is what makes this entry so special.

As with the previous installment of the series, the film tries to maintain an equal balance of horror and comedy, but with this iteration the pendulum tends to swing more towards the comedic side of things. This of course isn't a bad thing, but it is quite different from the balancing act that the first film was able to sustain. I still enjoy the wacky nature of this entry, with its blatantly whimsical style and non-serious approach. It is a true 80's gem that just wants to have fun and has no ulterior motives aside from that, and that is the same approach that made so many films of this era so fun and enjoyable.

Even though the tone is a bit different from the original, the effects and overall look of the film is still intact. The zombie makeup and designs are just as grotesque as before, with decaying bodies and rotten faces looking especially devilish, while the atmosphere is locked in that foggy haze from right out of a nightmare. It's interesting to see that same kind of visual potency that the original was able to conjure up, is intact in the sequel, and it's a nice touch that lends to the credibility of the series. As before, the zombies in this flick talk and do all sorts of silly things, but the balance of horror and comedy is just close enough that it doesn't throw the film into a confusing mess. In the end, the film is just a fun ride that shouldn't be taken seriously, yet appreciated for its entertainment value. 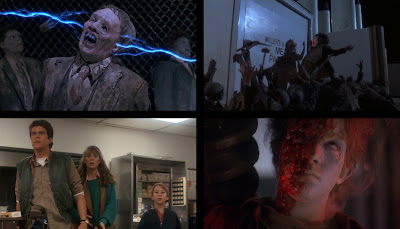 Return of the Living Dead Part 2 is a respectable sequel to an unfaltering cult classic. One that may not get the formula exactly perfect, but gets it close enough to echo the tone and atmosphere of the original. Lensed in a particularly vivid moment in time, the film has a wicked nostalgia to it that lends to the fun factor of the flick. It's silly, it's strange, and it could only be made in the 80's. Trapped in that moment of time, the movie thrives, and you're instantly whisked away to those days when horror movies were fun and outrageous.

The cast basks in this cinematic time frame, with the stereotypical line-up of characters filling in to round out this distinct fictional world. Kenworthy, Dietlein, Hogan, Snyder, Mathews and Karen, all bring their best camp performances to the table and their efforts work wonders in engaging us in all the ridiculous proceedings. Even with its over the top tongue and cheek approach, and its penchant for riding off the rails, I still find this second entry in the series enjoyable and I wouldn't change a thing. You just can't beat these types of 80's flicks and if you're a fan of this era of film-making and you haven't checked this one out, you owe it to yourself to give it a try. Return of the Living Dead Part 2 is.....

Posted by Jay Shatzer at 10:30 PM 5 comments: Links to this post