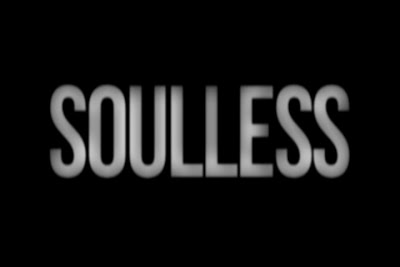 Well, I finished the trailer for Soulless over the weekend as planned and here it is. It actually turned out pretty good and gives off the kind of vibe that the rest of the short film does, so I'm pretty much happy with it for the most part.

For those of you that don't know, the story of Soulless is about a man trying to redeem his wife's soul, by hunting down the vampire that infected her. The world that this film is set in is a kind of winter apocalypse where the population is dwindling and the only survivors wander the frozen wasteland during the day in search of food and supplies, while at night they barricade themselves inside and cling to religious artifacts to help keep them safe from the Soulless creatures outside.

It's a low key and subtle film, but I might have pushed the envelope on some of the imagery. I know my friends were a little skittish during certain moments of shooting the film. Well without any further ado, here's the trailer. Enjoy and let me know what you think.