Tis The Season To Be DEAD Trailer 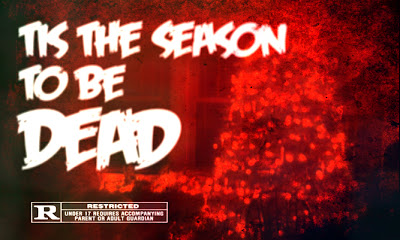 As promised, here's the trailer for my Grindhouse inspired Christmas slasher flick, Tis The Season To Be DEAD. We filmed all of the scenes on three separate occasions and it took me about 3 hours to compose all the of music for the trailer. Hopefully, I can churn out a few more of these kind of trailers, along with my MUSKY! trailer and combine them all into one long film reel of Grindhouse goodness.

I've got a few ideas in the pipeline like an italian Giallo called In the Eye of the Violet Prism, a twin slasher flick called Gemini Syndrome, and a Sasquatch film called It Came From The Woods. With luck I'll be able to complete those in the next coming months.

Well, enough of the chit chat, here's the trailer for Tis The Season To Be DEAD. Enjoy.

Labels: 70's, 80's, Jay Shatzer, slasher, Tis The Season To Be DEAD, Trailer Obscura, What The Hell Have I Been Doing